Uklash Eyelash Enhancer Serum for longer, fuller and healthier lashes – UKLASH Skip to content
Cart
HEY! WE USE COOKIES TO GIVE YOU THE BEST EXPERIENCE POSSIBLE ACCEPT & CLOSE

100% RESULTS GUARANTEED OR YOUR MONEY BACK If you’re a fan of false eyelashes to really bring a makeup look together, then you know there are a lot of options out there. Whether your favouri...

While lash tints - treatments that darken and define lashes for dramatic results - have been a mainstream beauty treatment for a while now, have yo... After using UKLASH religiously for over 3 months I can see visible change in length, volume and colour of my lashes, that were weakened after wearing lash extensions for a long time. Happy to see the results and I'm sure I'll buy new serum very soon! 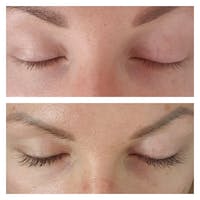 Fabulous product! I've had standard sized lashes but wanted to try to promote growth. After 6 weeks my lashes are longer and fuller and are so long they touch the top of my lids when curled. Can't rate this product enough! 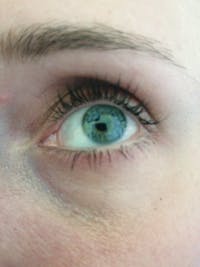 Since losing my lashes to chemotherapy, I wanted a product that would be sensitive as I’ve tried others and they hurt my eyes, but not this! This is perfect and my lashes have grown so much, many people comment on them now :-) thank you UKlash! Life saver x 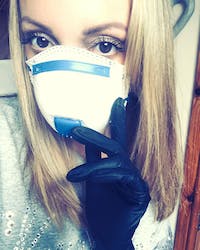 I was very dubious whether this would work as well as other products on the market which contain prostaglandin analogues (very effective but can also change the colour of your iris, which I definitely didn’t want to happen).

I decided to carry out an controlled experiment to properly test out this lash serum – applying it every night to one eye only for the full 12 weeks. Even before two weeks were up, I noticed a difference. The lashes on the either side was applying the UK last two were becoming noticeably thicker and longer than the other eye. After too months the difference was stark with several people commented and now, after the full 12 weeks, I am looking distinctly lopsided LOL. The UK lash serum has completely transformed my eyelashes! I am 51 and used to have really thick long lashes but over recent years they have become thinner and seem to fall out before they reach the length that they used to. U.K. Lash serum has not only give me my old eyelashes back but made them even longer than they were before. I have now started using the same on my other eye as well so that those that lashes will catch up! I have had no adverse effects whatsoever from using the eyelash serum and would recommend it to anybody!

After using lash extensions and LVL for several years, my own lashes had become noticeably thinner.

I am impressed with how these have helped them return to their former glory - extra long and slightly denser too. Will be buying again and would highly recommend. 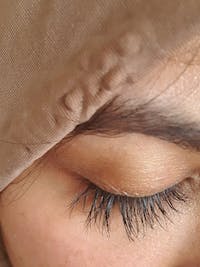 Been using uk lash for a few months. The difference is amazing. Bit on the pricey side but it's worth it. It lasts for ages. My lashes have never been so long & thick. 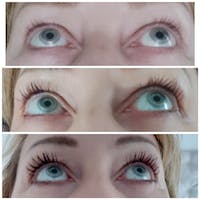 i’ve love this serum becoz it’s amazing, i saw results after a month a using it. the small bottles lasted me months so i do think it’s a good investment if ur looking for and eyelash serum to actually do it’s job. I’ve already gotten my second bottle and i can’t say anything negative about it. it really is amazing, my eyelashes have never been so thick/long/dark before i don’t even have to wear mascara anymore. i 100% recommend!! on the picture the top was before i used it and the bottom was took right now when writing this review. 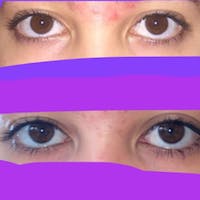 My eyelashes are the worst; always small, straight and very weak. I started using this product at the beginning of July 2020 and now it’s almost the end of August. You can see the results for yourselves. I’m super pleased! I know they are still small, but I see a great difference. They feel super thick and long. I’m impressed. Thank you, UK Lash! 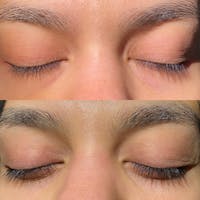 Been using this for a couple of months and my eye lashes have doubled in size! Absolutely amazing stuff, I can’t get over it.

I have been using UK lash for over a year. At the beginning I used everyday and now I use a couple of times a week. But my lashes are definitely longer, I was asked if I had extensions on the other day. They even look long without mascara. And the price point compared with other brands just makes this my go too option. And means no more pricey extensions 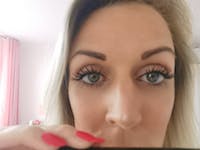 I ordered UK lash serum as my lashes were damaged from years of extensions. Now onto my second bottle, my lashes are strong and so much longer. 10/10. I absolutely love it! 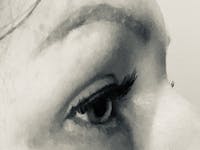 Absolutely blown away by this product, I’ve tried 2 other brands for eyelash serum in the past but neither have had the same results especially when you get asked if your eyelashes are fake! Absolute winner - thanks Uklash.

I was a bit dubious about this but applied it every night religiously anyway. (kept it next to my toothbrush so I wouldn’t forget) I don’t think I noticed a difference for about 4 weeks but then overnight my lashes just sprouted! Never been so long, absolutely LOVE this product and price wise it’s about a third of the price of the leading brand. Will not hesitate to buy again! 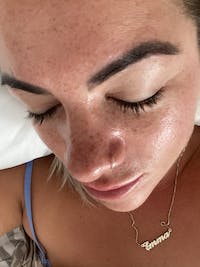 My eyelashes have never looked so full and long!!! I highly recommend this product!!! 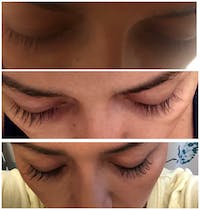 My cousin mention about uk lash so I ordered! Within 2weeks! My lashes were so long! Amazing serum! Definitely worth it! Thankyou! 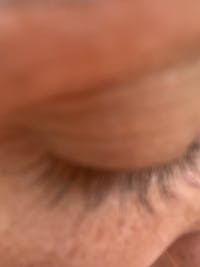 I have lashes! I love them and will continue to use this product.

Only use 5 times a week but I’ve definitely noticed a different in the look of my lashes! Been using for 2 months now so hopefully will see more growth in the next 2 months!

Amazing, my lashes were damaged from extensions and this really helped them grow back longer and fuller

I’ve been using this for four months now and put simply, it works! It improves the strength and condition of lashes which makes them less likely to fall out and allows them to grow long and lashes to look and feel full. I’ll definitely be buying again.